Temporal and frontal lobe seizures in children who became seizure-free after surgery.

Purpose: To compare semiology of seizures originating from the frontal lobe (FLS) and from the temporal lobe (TLS) in children who became seizure-free after surgery.

Results: Simple motor seizures occurred exclusively in FLS (8 seizures from 4 patients) and frequently were observed in clusters (3 patients). The mean seizure duration were longer in TLS than FLS (P <0.05), but did not differ significantly when complex motor seizures were compared. Version was always contralateral in FLS (7 seizures from 3 patients) and had no lateralizing value in TLS. Contralateral arm distonic posture occurred earlier in the FLS than in TLS whereas oral automatisms were observed later in FLS than in TLS.

Conclusion: Semiologic features of temporal and frontal lobe seizures differ in lateralizing significance as well as in time of onset. 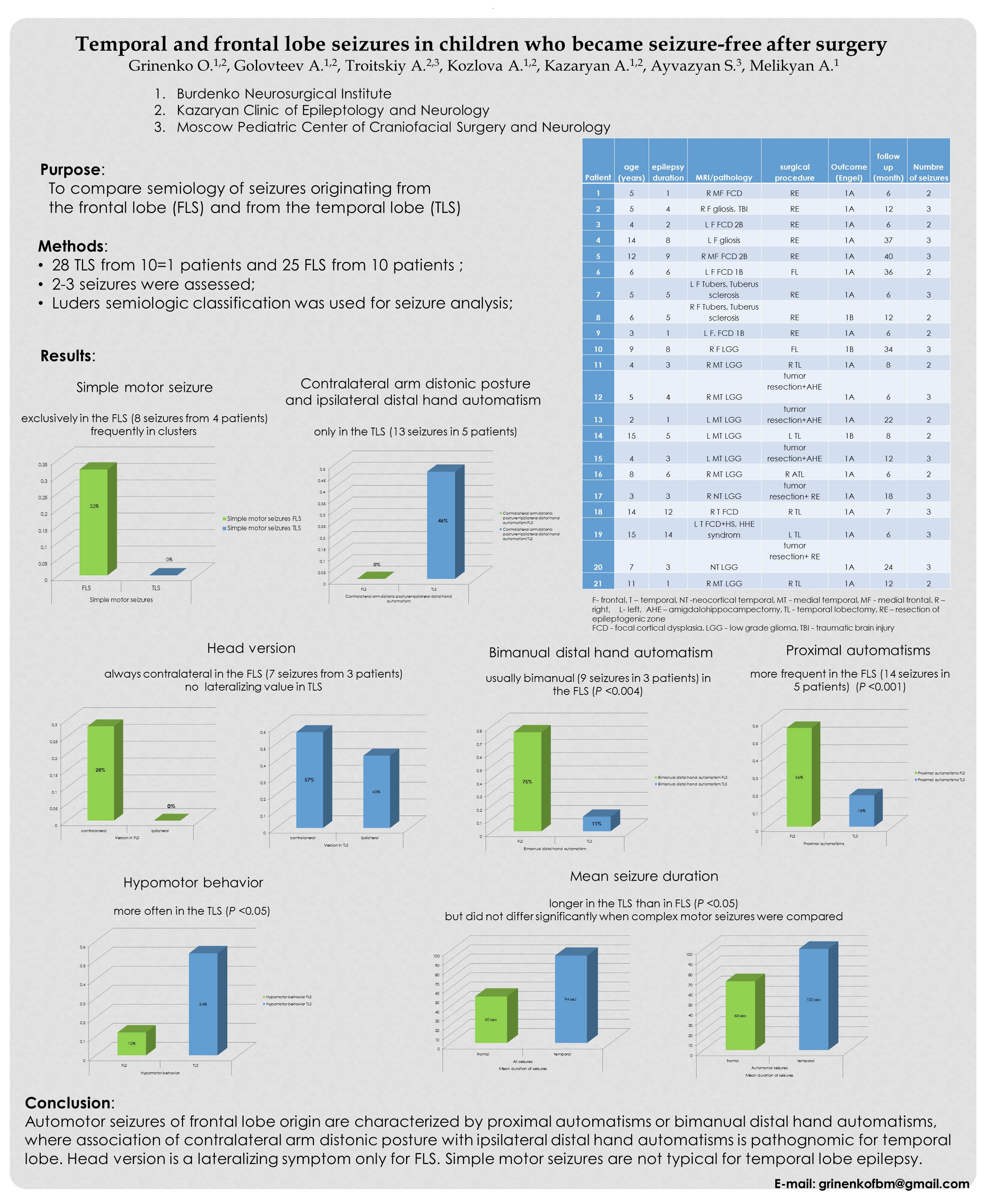